How to Change Custody and Parenting Time Orders in Illinois 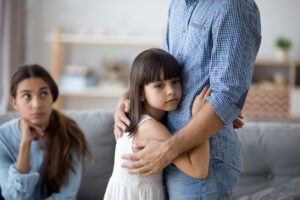 There are many reasons why a child custody order may need to be modified. A parent might get a new job in a different town, become injured or suffer emotional trauma. Or a parent might be violating the current parenting time arrangement. Whatever the reason, there are situations in which when one or both parents may want to request a change to their current custody and parenting schedule. When can you request a change in parenting time in Illinois? The answer depends on how much time has passed since your existing order was entered.

If less than two years have passed, it will be difficult to change the arrangement. That’s because the courts are concerned with providing stability to the child, and changing parenting arrangements may undermine that stability. The party requesting a change after less than two years must show that the current parenting situation poses a serious danger to the child’s physical, emotional or mental health, which is a high bar to meet.

If more than two years have passed, then the requesting parent must prove that there has been a substantial change in circumstances with respect to the child or either parent. They must also prove that making a change would be in the best interests of the child. Substantial changes could involve any number of significant events, such as a parent’s relocation, a change in the child’s preferences or a child’s academic or emotional well-being.

If you have grounds to request a change, the first step is to file a motion to modify parenting time in the court of the county where the current custody order was entered. The motion must include:

Once the custody change proceeding has been initiated, the following steps may happen:

At the Law Offices of Paul Chatzky in Northfield, our lawyer has extensive experience in Illinois custody modification proceedings. We are ready to represent you throughout the process, whether you are seeking modification or challenging it. Call us at 847-416-1646 or contact us online to schedule an initial consultation.