Search Site
Menu
Home / Blog / What Happens to Your House in an Illinois Divorce?

What Happens to Your House in an Illinois Divorce? 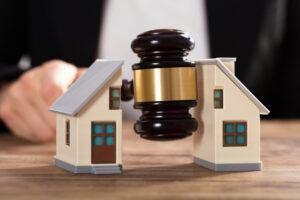 For most couples, the marital home is their largest and most valuable asset. Beyond your home’s monetary value, it is the center of family life, a place where kids were raised and special occasions were celebrated. When a couple gets divorced, what happens to the house they once shared is a concern for both parties, leaving plenty of room for disagreement.

In Illinois, marital property must be divided between divorcing spouses in a way that is fair and equitable based on the circumstances. The key is deciding whether an asset is considered marital or nonmarital property.

If a judge decides that the house is nonmarital property, then the resolution is straightforward: the house goes to the spouse who owns it. A house could be nonmarital property if, for example, one spouse bought it prior to the marriage and the other spouse did not contribute to paying the mortgage.

More often than not, however, the home is marital property. In such cases, the judge will grant each spouse a share of the home, and to ensure each spouse receives a fair share of the house’s value, divorcing couples have several options:

The third option is an example of deferred distribution, which distributes your home’s value at a future date. If this arrangement is ordered, the judge will typically require one or both spouses to cover mortgage payments, property taxes and insurance until the home is sold.

Many homeowners believe that the name on the deed or mortgage controls who owns the house, but that’s not true when it comes to dividing the house during divorce. If the house was purchased during your marriage and payments were made using your regular wages, the house is almost certainly marital property, and it doesn’t matter whose name is on the deed.

At the Law Offices of Paul Chatzky, our attorney has decades of experience handling the division of family homes and other property issues in Illinois divorces. Our firm is committed to guiding you through this process to protect your future. Call 847-416-1646 or contact us online to schedule a consultation at our Northfield office.