What Is the Primary Caretaker Presumption in Child Custody Cases? 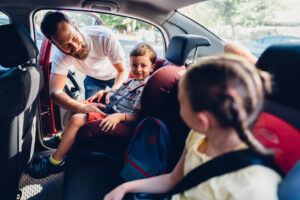 When parents split up, both of them may seek, and receive, physical custody of their children. Ideally, parents reach an out-of-court agreement regarding custody, but when they can’t, a family court judge will step in. When a judge gets involved, preference often goes to the parent who is the child’s primary caretaker.

The issue, then, is how courts determine which parent fits this role. In some situations, it is obvious, such as when one parent has been absent from the child’s life for long periods. But the determination is more difficult when the child has had a strong relationship with both parents.

To decide which parent is the primary caretaker, Illinois courts focus on specific daily tasks. They will look at which parent performed most of these tasks:

It is critical to realize that the primary caretaker presumption does not automatically decide who gets custody or the allocation of primary residential care. The primary caretaker’s identity is only one of many factors the court will consider.

After deciding who the primary caretaker is, Illinois courts, like all state courts, determine who gets custody (primary residential care) based on what they believe is in the best interests of the child. The do that by considering factors such as each parent’s physical and financial health, the relationship between each parent and the child, the support of extended family and the child’s emotional, physical and educational needs. Illinois is a “no presumptions, no favors” state, which means one type of custody is not automatically preferred over any other type. Instead, all possible custody arrangements are on the table, from joint legal custody (shared parental decision making responsibilities) with shared physical custody (substantially equal parenting time) to sole physical custody with supervised visitation (supervised or restricted parenting time).

The Illinois family lawyer at the Law Offices of Paul Chatzky is ready to help you fight for your rights in custody and parenting time disputes. We have decades of experience in family courts around the Chicago area. To schedule an initial consultation with our attorney, please call our Northfield office at 847-416-1646 or contact us online.